這太他媽難捱了。心碎的感覺真的糟透了。
lldrem63
Seems like he needs something to shake him out of it. Maybe a therapist or an outlet of sorts

我覺得他可能需要一些東西讓他走出困境。說不定需要看看心理醫生之類的。
baylithe
Went down this road myself 3 years ago. Best thing for him is support. He might say no I don't want to game, or hang out, or come drink, but you hitting him up with options that his brain doesn't even consider right now is super helpful.

我自己三年前經歷過一樣的事。對他來說最重要的是支持。他可能會說不我不想打游戲，不想出去玩，不想喝一杯，但是你在給他一些他的腦子壓根不會考慮的事情，這本身就是非常有幫助的事情。
cooperman114
He will get over it with time, really. That’s the only thing that helps though. About a year ago my ex and I split after my brother died, couple weeks go by and my childhood best friend of over 10 years up and blocks me on everything out of the blue, no reason given. Yesterday I found out they’re dating, it hurts really bad, worse than anything. But I know from the past year of progress that things do get better, even if it takes years.

他會隨著時間過去而慢慢好過來的，真的。只有這一種方式能幫到他。大概一年前我的兄弟去世了，之后我和我前任分手了，過了幾周我處了十多年的最好的發小毫無來由地把我屏蔽了。昨天我發現他們兩個在約會。這真的很令人難過，沒什么比這還令人難過。但是我從過去一年的經歷中知道，事情會慢慢變好的，即便要花上幾年的時間。
Definitely_Not_Frodo
yea it does. im worried my best childhood friend from high school is gonna off himself because of a breakup that he thought was the one, but she lied/cheated. Literally all i can tell him is it gets easier but only with time, but it's been months now and he's still not an ounce over it. Idk what else to say.

確實。我高中認識的最好的朋友最近鬧著要自殺，因為他和他心目中的唯一分手了，女方劈了腿。我能做的只有跟他說事情會隨著時間慢慢變好的，但已經過了好幾個月了他還沒好過來。我也不知道還有什么可以說的。
wumbopower
Never realized how much I enjoy solitude until I moved in with my gf. I love her and the time we spend together, but being alone rarely ever happens anymore. Grass is always greener.

在我和女朋友一起住之前我從來沒意識到過自己有多喜歡獨處。我很愛她，也喜歡我們共同度過的時光，但我基本沒有機會享受獨自一個人的時間了。這山望著那山高嘛。
Jugaimo
Idk I genuinely love being alone. It gets lonely every now and again, but being single and free to do what I want and how I want is a pleasure I’m not ready to give up.

獨身 ≠ 孤獨
nudiecale
My family could not wrap their heads around that. After my first serious relationship at 23, I was 28 when I entered my current one. The first 3 of the 5 years in between I didn’t date anyone. I just did my thing and worked. I was thoroughly enjoying being alone. But my dad was constantly hounding me about meeting someone and almost trying to convince me that I was lonely and depressed. Always trying to trick me into visiting him when there would be “a pretty girl” at his house for one reason or another.

我的家人就想不明白這種事。我23歲那年第一次正經談戀愛，28歲的時候認識了現在的對象。之間的5年里，頭三年我沒交過女朋友。我只是工作，順便做我想做的事。我非常享受一個人的生活。但我爸爸一直在勸我見見其他人，甚至想讓我相信我因此又孤獨又抑郁?？偸悄谩凹依镉衅僚ⅰ敝惖睦碛沈_我去見他。
When I finally did decide to date and start seeing someone, I didn’t even want to tell him.

我最后決定交女朋友的時候，甚至都不想告訴他。
f1manoz
Tell anyone this and they immediately think there is either something wrong with you or you're in the closet.

跟任何人說這種想法，他們立刻覺得要么你人有毛病，要么你性取向有毛病。
People just don't understand that solitude can and is a wonderful thing.

Jugaimo
I had a girlfriend for a short bit but the constant pressure to talk to her and spend time with her, which really wasn’t a lot, was just too much for me. I liked being able to do nothing but my work for days at a time. I think talking to people is exhausting.

Bipolar_moron
I used to approach women like "wow I hope I can get her to like me and then keep liking me" and then I figured out that's why I get bored or tired of the relationship. You gotta find someone you actually enjoy not someone you're just gonna be happy that you're able to date.

It's really hard to notice how superficial you're being until the patterns start to show.

直到這些規律開始顯現之前，你都很難意識到自己有多么膚淺。
Jugaimo
Yup. You always see stories where the husband like to play video games or watch sports and the wife doesn’t and how that causes a big rift in their relationship that they try to work past when the real answer is that you should marry a girl who likes what you’re into as well. Marry a girl who like hiking like you do. Or painting. Or tea collecting. Don’t just start a relationship for the hell of it.

是啊，但我去哪兒找喜歡變態觸手里番的女的啊
BipolarMadness
Sarcasm aside, I have meet a few who are into it unironically and sometimes end up more lewd than the regular guys on the group.

沒有嘲諷的意思，我遇見過不少這種女生，有時候她們色起來比圈子里的男生都厲害。
Its about tact, not being a weirdo and finding the right circle of friends that understand proper respect and boundaries.

Owobowos-Mowbius
Honestly I felt the same way. When my wife and I started dating I felt like I really missed being alone. However, after a while when we got used to eachother and moving in together stopped being new I noticed that we could be "alone" together. I'll be on my computer and the passive noises she makes just being home feels like normal and when she's away it feels weird now. Its hard to explain well and I'm not sure I'm doing a very good job.

entitledfanman
One time my mom was out of town, and my dad mentioned how he wasn't sleeping well because he's not used to sleeping without her. Which, was odd to me at the time. I've shared a bed with girlfriends before and it's sweet but man do you sleep terribly. I guess it's kind of what you're talking about, where over a long time you get so used to that person's little distractions that it feels weird to be without them. Like your partner turning in bed might keep you up the first 100 nights, but after the 1000th night it's just weird not having it.

thakkarnandish
My gf went to another country and didn't even wait one whole month before cheating on me. That was a year ago. To everyone who has ever gone through or are going through something like this, just hang on. It gets better, it's really tough but it will get better.

我女朋友出了國，還沒過一個月就劈腿了。那是一年以前發生的事。對每個經歷過這種事，或是正在經歷這種事的人，我想說的只有堅持二字。事情總會變好的，雖然真的很難捱，但也真的會變好。
Fenixfrost
I never understood how people so easily just start dating someone who openly cheated with no reservations. A few years back I met a girl and she had a boyfriend, she was a coworker. She kept sending me nudes and asking to hook up, I said no, I'm not that guy. I consider people who knowingly assist someone in cheating to be complete scumbags.

我從來沒有辦法理解那些人是怎么毫無心理負擔地和公開劈腿的人處對象的。幾年之前我認識過一個女同事，她有男朋友。她一直給我發那種自拍，并且約我，我說不行，我不是那種人。我覺得那些在知情的情況下參與劈腿的都是徹底的人渣。
A year or so passes and her and that guy have split up. She reaches out and wants to hook up, I said sure, no problem, but I told her we will NEVER officially date or be a couple. She was shocked and said I was an asshole. Well, we still ended up hooking up for a few months though so whatever.

So towards the end of this hookup period of time, we get drunk and the night is winding down. We go to sleep and she says she loves me, ruh roh. I pretend not to hear it and go to bed. She wakes up and apologizes for saying she loves me, so I told her "no problemmmm, I've told hundreds of people I've loved them while I was drunk, I get it". She says that she wasn't mad that she said she loved me, she was mad that she admitted it whilst she was drunk. Omega ruh roh.

I cut things off shortly thereafter, it was obvious she wanted a lot more than I was willing to offer.

MegaTurtle7
Good for you to cut things off. Every person has their reason for cheating and each situation is different but idk if I knew a girl was cheating on her bf with me or rather trying too, that'd be a total turn off for ever wanting to date them. Cause it would really make me think every male friend, coworker, classmate, is now a possible fuck buddy for them. Good on you to break it off and stop it when you know it was getting serious on her end.

BGsenpai
what justifications are valid for cheating?

MegaTurtle7
None really but I've known some girls that cheated cause the situation was shit and then really found the love of their lives. Like idk. My mom cheated on my dad because he was a total fuckin asshole and she didn't handle it right. But my step-dad and her have been married 15 years and she ain't never even thought of cheating on him. Not every girl is "once a cheater is always a cheater" same with dudes.

或許沒有，但我知道有些女孩劈腿是因為她們現在的感情狀況很糟糕，然后又遇見了她們的真命天子。就，我媽出軌了我爸，因為我爸是個混蛋，她沒處理好。但她嫁給我繼父的15年里從來沒出軌過一次。不是每個女孩都是“出軌過一次，這輩子都劈腿”的，男孩也一樣。
SpicyDorito08
Yeah theres a difference between cheating on your "normal" partner and cheating on your "abusive" partner. We always need to know both sides of the story before judging the cheater

沒錯，出軌你“正?！钡陌閭H和出軌“虐待你”的伴侶還是有區別的。我們在評判劈腿的那個人之前，還是得把兩方面的故事都聽進去。
PsychedelicSeaSnake
How can an average man not have trust issues now a days?

現在的男人有幾個沒有信任危機的？
cooperman114
I found out my ex gf and childhood best friend (3rd grade- college) have been together for almost a year hiding it from me, so that’s nice I guess.

我發現我的前女友和童年時最好的朋友（3年級直到大學）在一起將近一年，并且一直瞞著我。所以我覺得還不錯？
Pornosec84
A long time ago a very good friend of mine broke up with his girlfriend for good (They were always off and on, but this time was the real deal). I was just as much a friend to her as I was to him, and after a few months I began to really miss hanging out with her. During this time we were flirting a little bit over FB and after a while she was starting to lay it on pretty heavy. Eventually one night she called me up drunkenly and insinuated she wanted to do more than just hang out. Well at the time I was still good friends with her ex, and after a little internal struggle I decided to do what I felt was the right thing and decline her offer. It was tough because I was really attracted to her, she was very beautiful and we had a lot in common.

很久之前我有個很好的朋友和他女朋友分手了（他們總是分分合合的，但那次是動真格的了）。兩個人都拿我當朋友，過了幾個月我就有點懷念以前有她一起出去玩的日子了。在這段時間里我和她偶爾在臉書上互相撩一下，過了一陣子她開始認真起來了。最后有一天晚上她喝醉了，跟我打電話說她想做的不止是一起出去玩。但當時我和她前任仍然是好朋友，所以掙扎了一下之后我決定做自己認為正確的事情，拒絕了她的邀請。這很困難，因為我真的很喜歡她，她很好看，我們也有很多共同話題。
I look back on that decision with a mix of regret. I still feel like I did the right thing, but I do sort of wish I did it. I wish I did it because that her ex ended up doing and saying some very scummy things to me and we are no longer friends. Looking back on it, I feel like I had a misplaced sense of loyalty to him at that time. It was misplaced because as I found out the feeling wasn't mutual and he wasn't a person who deserved loyalty in the first place. My chance with her is gone now since she found someone else and has been married for a number of years.

回首之前做的決定，我有些后悔。我覺得自己做的對，但我也有點希望自己答應她。因為她的前任最后對我說了非常差勁的話，我們也不再是朋友了。我覺得我不該把自己的忠誠給他。因為這種感覺不是相互的，并且他配不上我的忠誠。我與她之間的機會已經錯過了，因為她找了另一個人，已經結婚好幾年了。
DesecrateTheAbyss
I wonder where the girls go (that had this happen to them)? Do they also post stuff like this on 4chan

SpicyDorito08
Probably talk with the girls or post a TikTok saying how trash their partner was... from my experience


binkerfluid
Its also a lot easier for them to find another guy right away, many times they have them on the back burner anyway 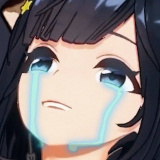